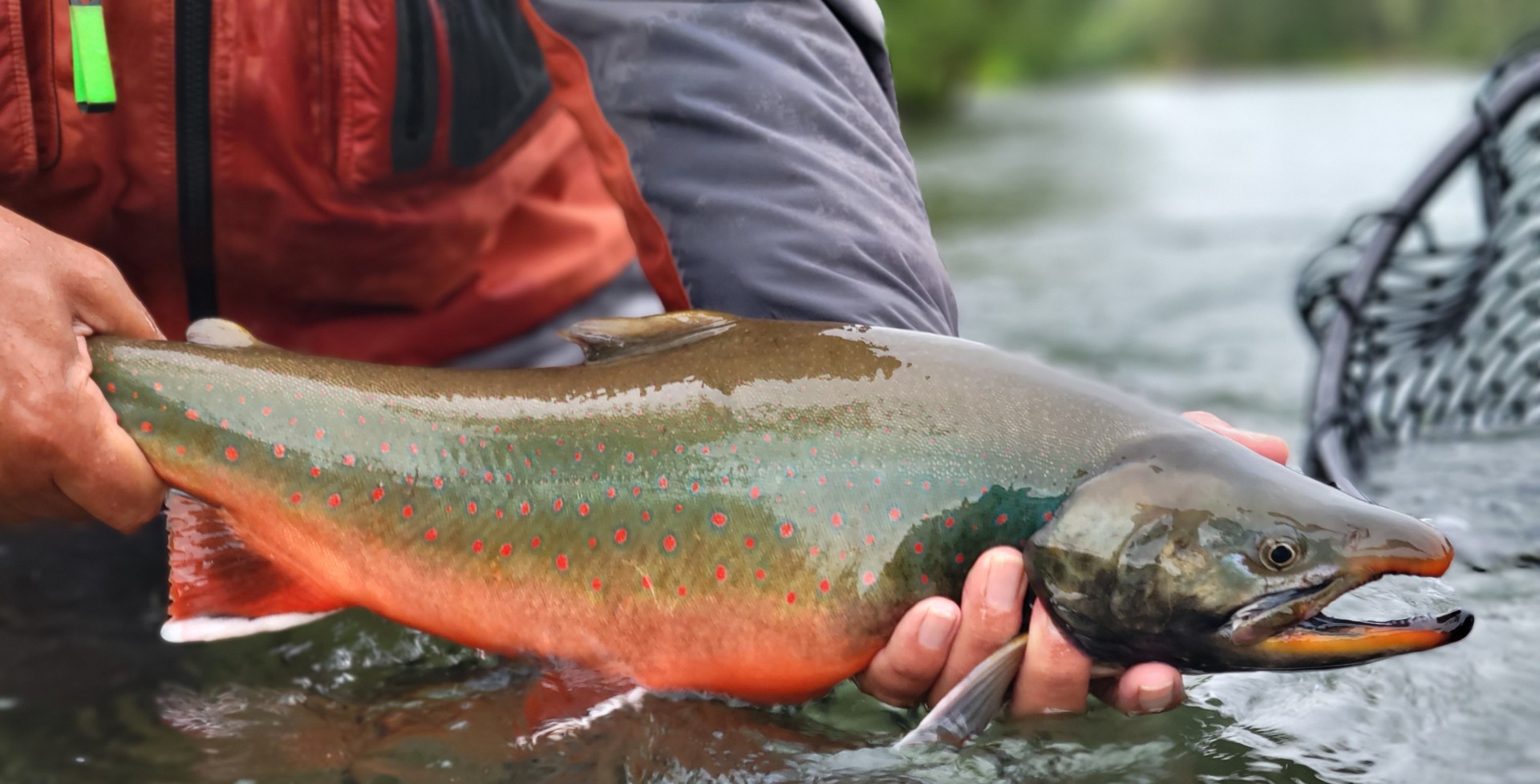 We had a big rain and wind event on Sunday and Monday. The river came up two feet and was muddy on Monday morning. Water temps are high 40s to 51 degrees.The river has been dropping and clearing since Monday. Visibility is about four or five feet and the river is still high and dropping.

Sunday and Monday were brutal rain and wind. Since then it has been relatively dry with over cast partially sunny days and an occasional light shower.

HOT FLY OF THE WEEK

HIGHLIGHT OF THE WEEK

This group has been with us every year for the last 18 years!We had a lot of laughs and we are already looking forward to next year.

QUOTE OF THE WEEK

Even though mother nature dealt us a blow it still turned out to be a fantastic week!! Doug Unruh, Mcpherson, Kansas.