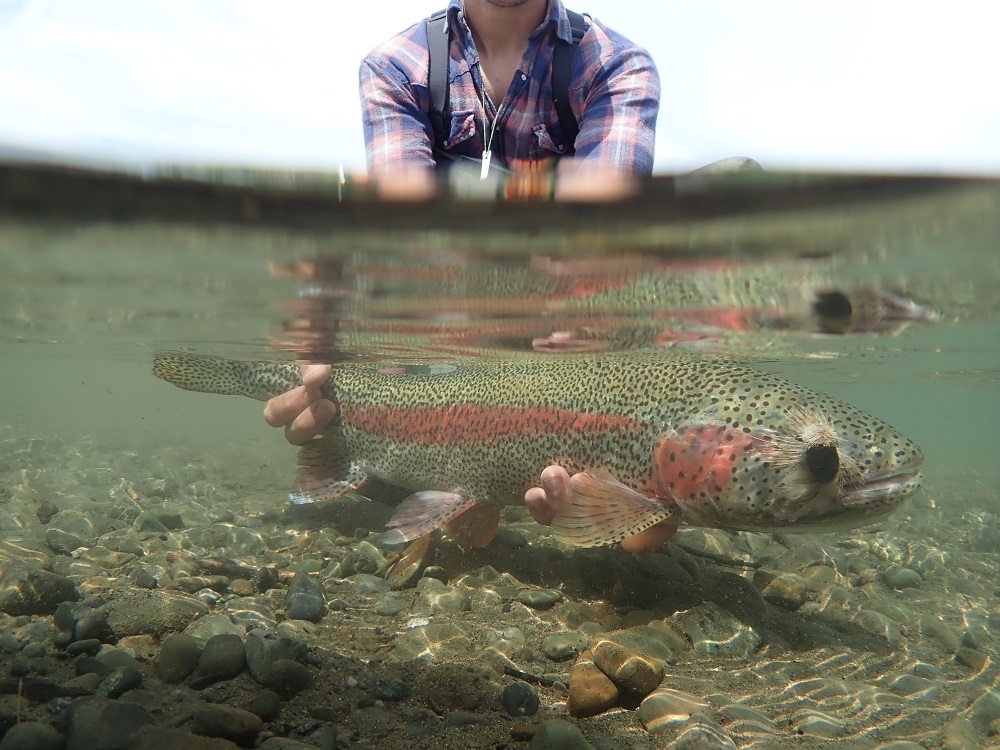 REPORTING FOR THE WEEK OF JUNE 22 TO JUNE 29

The river started out in the  45 to 46 degree range for the first ten days of setting up camp. On Saturday it was 51 degrees and  it was 53 degrees on Wednesday! The first time the river warms up the rainbow fishing is usually incredible and we were not disappointed this year!

We have had three weeks of warm and dry conditions since we started setting up camp on June 7th! For the first ten days the river was slowly dropping but now that a  lot of the snow has melted it is dropping much faster. We had warm sunny weather all week and

HOT FLY OF THE WEEK

The Mouse pattern and Dali llamas in all colors were the go to flies this week.

HIGHLIGHT OF THE WEEK

The mousing was exceptionally good this week but the highlight for me was the group of guests that we had in camp.We caught more fish and had more laughs and fun than you can imagine.

QUOTE OF THE WEEK

The fishing was excellent. The guides were a pleasure. The food was outstanding. I couldn’t think of anything that you haven’t already mastered. This is trip I will never forget! Dewey Capps  Burlington, NC

The camp set up was phenomenal. I did not want for anything, except more time. It is hard to imagine all the work that went into setting up camp and learning the river. The guides are a tribute to your great plan. Great guides,Great meals, Great River!! Thanks! Dale Guthrie Snow Camp, NC

We saw one bear this week on the ridge on the other side of the river from camp. He looked a lot like one of the two young bears we were seeing last year that we nick named Dumb and Dumber. He appears to be getting smarter as he didn’t stick around for very long. There are lots of  birds along the river including Bald Eagles, Mallards, Pintail, Wigeon, Green wing Teal, Canadian Geese, Tundra Swans, Mergansers, Common Loons, Sandhill Cranes, Arctic Terns, Long tail Jaegers, Glaucous winged Gulls, Ruffed Legged Hawks, Kestrels, Harlequin ducks, Osprey, Peregrine falcons, Golden crowned Sparrows, Swallows, Common snipe, Greater yellow leg, Ptarmigan, Ravens, and Crows. 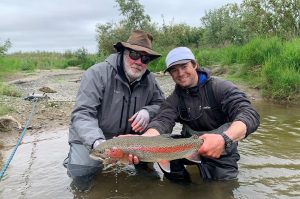