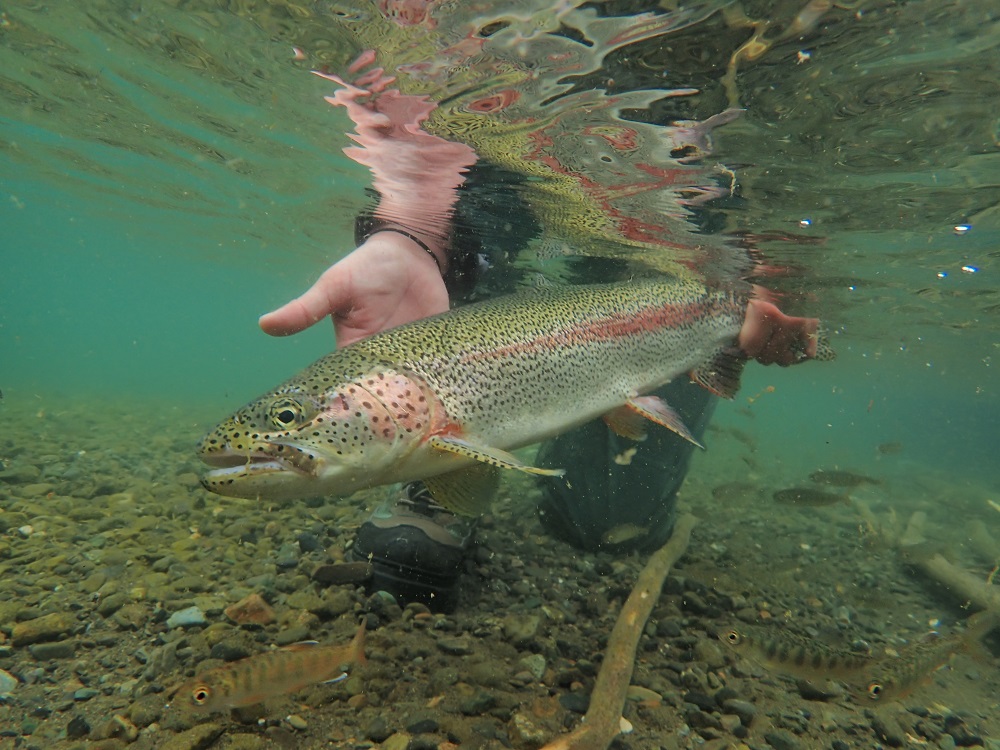 REPORTING FOR THE WEEK OF AUGUST 3 TO AUGUST 10

WATER TEMP AND CLARITY
Water temps have been in the low to mid fifties and the river is very clear.

WEATHER CONDITIONS
We did not see the sun much this week and we had several days of light intermittent rain. The river came up a few inches at the beginning of the week and then slowly dropped and it is now back to its lowest level of the season.

HOT FLY OF THE WEEK
We had some fun with skating dries for Dolly Varden this week and the bows were hot on the mouse patterns.

HIGHLIGHT OF THE WEEK
The highlight for me was having my daughter Sam in camp!We also saw Arctic Lynx, Caribou, Moose and a bunch of bears.

QUOTE OF THE WEEK
I have been fishing with the Duncans for over thirty five years, this year was as good as ever, maybe better!! Thank you!! Jon Fischer, Urban Angler NY,NY

My students over use the word “Awesome”. But this week was truly awesome!

PHOTO OF THE WEEK
We had a nine year old in camp this week that landed 51 fish in one day! Not bad for his first time fly fishing!

COMMENTS FOR THE WEEK