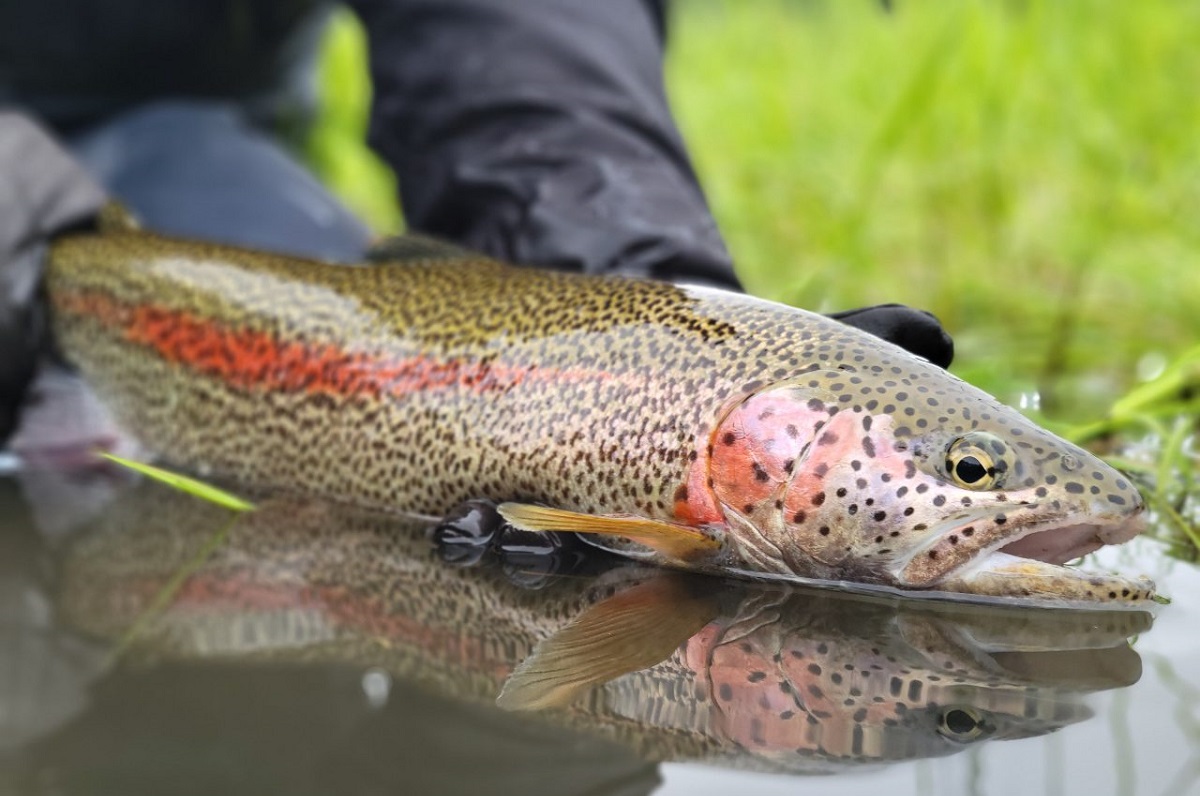 WATER TEMP AND CLARITY
The river is still dropping and gin clear. Water temp on Friday was 53 degrees.

WEATHER CONDITIONS
A little bit of everything this week. We had two days of sunshine and it was nice enough to take a river swim on several days.

HOT FLY OF THE WEEK
The incredible edible egg in all variations.

HIGHLIGHT OF THE WEEK
We saw lots of bears this week and even watched two play wrestling on the hill across the river from camp.

QUOTE OF THE WEEK
Greatest guides and the greatest river in the world!! Matt Murdough Redondo Beach,CA

PHOTO OF THE WEEK

Our picture of the week is displayed at the top of this article.

COMMENTS FOR THE WEEK
This was a really fun week.